CITY OF WASCO RECEIVES PRESTIGIOUS AWARD FOR
EXCELLENCE IN BUDGETING 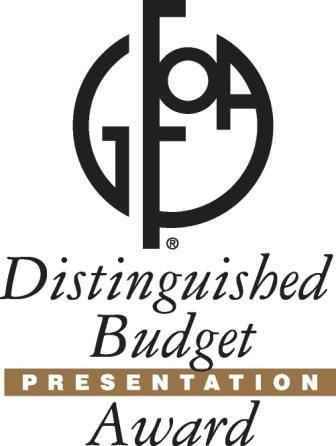 The City of Wasco has received the prestigious award for Distinguished Budget Presentation from the Government Finance Officers Association of the United States and Canada (GFOA) for its 2021-22 Budget.

In making this award, Michele Mark Levine, GFOA Director of Technical Services said: “This award represents a significant achievement” by the City. “It reflects the commitment of the governing body and staff to meeting the highest principles of governmental budgeting.”

This was the first time that the City has received this award. City Manager Scott Hurlbert commented: ”We are delighted with this recognition of the City’s commitment to constant improvement, transparency and effective stewardship of the community’s resources.”

While preparing the budget is a genuine team effort, the GFOA has also presented a Certificate of Recognition to Isarel Perez-Hernandez, Finance Director, as the individual primarily responsible for achieving this award.

The GFOA is a non-profit professional association advancing excellence in government finance by providing best practices, professional development, resources and practical research for more than 21,000 members and the communities they serve throughout the United States and Canada. 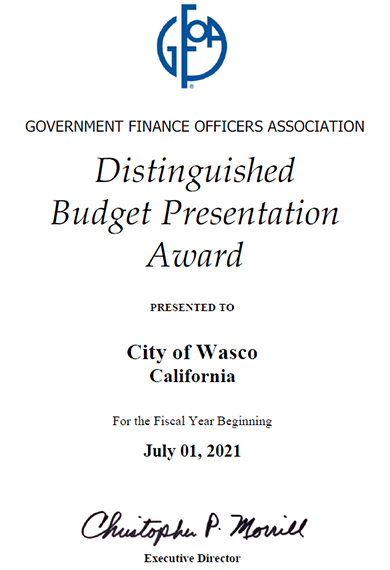 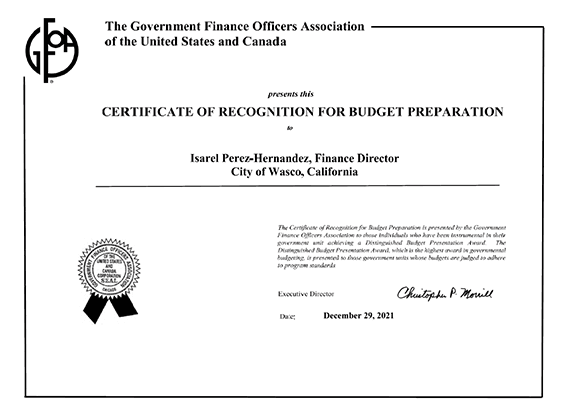